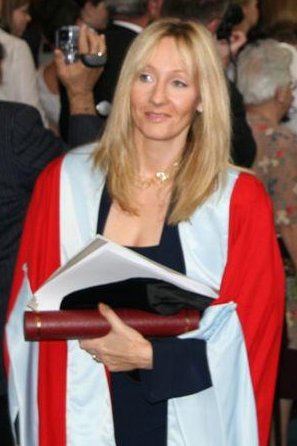 Why have you chosen to turn to writing crime fiction?

I’ve always loved detective fiction, Agatha Christie, Ruth Rendell, Margery Allingham and PD James, I love them all. Most of the Harry Potter stories are whodunits at heart (‘Order of the Phoenix’ is more of a why-did-he), but I had wanted to try the real thing for a long time.  I wanted to have a go at writing a contemporary whodunit, with a credible back story.

Why have you chosen to write the Strike novels under a pseudonym?

To begin with I was yearning to go back to the beginning of a writing career in this new genre, to work without hype or expectation and to receive totally unvarnished feedback.  It was a fantastic experience and I only wish it could  have gone on a little longer than it did. I was grateful at the time for all the feedback from publishers and readers, and for some great reviews.  Being Robert Galbraith was all about the work, which is my favourite part of being a writer.
Now my cover has been blown, I plan to continue to write as Robert to keep the distinction from my other writing and because I rather enjoy having another persona.

Why did you choose to write it as a man?  Did it influence your writing in anyway?

I certainly wanted to take my writing persona as far away as possible from me, so a male pseudonym seemed a good idea.  I am proud to say, though, that when I ‘unmasked’ myself to my editor David Shelley who had read and  enjoyed The Cuckoo’s Calling without realizing I wrote it, one of the first things he said was ‘I never would have thought a woman wrote that.’  Apparently I had successfully channeled my inner bloke!

I can only hope all the real Robert Galbraiths out there will be as forgiving as the real Harry Potters have been. I must say, I don’t think their plight is quite as embarrassing. I chose Robert because it is one of my favourite men’s names, because Robert F Kennedy is my hero and because, mercifully, I hadn’t used it for any of the characters in the Potter series or The Casual Vacancy. Galbraith came about for a slightly odd reason.  When I was a child, I really wanted to be called ‘Ella Galbraith’, and I’ve no idea why.  I don’t even know how I knew that the surname existed, because I can’t remember ever meeting  anyone with it.  Be that as it may, the name had a fascination for me.  I actually considered calling myself L A Galbraith for the Strike series, but for fairly obvious reasons decided that initials were a bad idea
Odder still, there was a well-known economist called J K Galbraith, something I only remembered by the time it was far too late.  I was completely paranoid that people might take this as a clue and land at my real identity, but  thankfully nobody was looking that deeply at the author’s name.

Why did you decide for the ‘author’ to have a military background?

It was the easiest and most plausible reason for Robert to know how the Special Investigation Branch operates and investigates.  Another reason for making him a military man working in the civilian security industry was to give  him a solid excuse not to appear in public or provide a photograph.

Why have you chosen a Private Investigator as the lead character and why a war veteran and amputee?

As I said earlier, I want to write classical whodunits with a modern twist.    A Private Investigator is invited in to different worlds.  It gives me a way of using life experiences and exploring those worlds in depth.
I know a lot of people who have served in the armed forces and who have been kind enough to help with my research.  I interviewed serving and ex-military people for as long as they would let me bother them.  In fact, all my factual  information came from military sources.  One of these is from the SIB.  So while Strike himself is entirely fictional, his career and the experiences he’s had are based on factual accounts of real soldiers.  Making Strike a war veteran  is both very plausible and exciting novelistically.
One of the reviews I treasured most (before Robert was unmasked) said that my hero faced his situation ‘with resolve, instead of clichéd self-destruction.’  I gave Strike many of the qualities of the military people to whom I am  closest: strength of character, black humour, resilience and ingenuity.
Making him an amputee added another dimension, allowing me to show the day to day reality of living with a disability, which many war veterans are having to face these days.  It’s something I personally witnessed with my mother,  who had MS.

Why are the Strike novels set in London? Why not Edinburgh, where you live?

I love Edinburgh and the city makes a stunning and tempting backdrop for crime fiction, but I felt that there were enough compelling literary detectives pounding its streets already.
Both my parents were Londoners and I spent a lot of time there during my childhood and teens, visiting relatives.  I lived there in my twenties and still love the place.  You could write about London all your life and not exhaust the  plots, settings or history.

Can you tell us a bit more about Strike and why you chose to make him the character he is?  And his relationship with Robin, which is intriguing?

Apart from being an ex-military policeman, my hero is the illegitimate son of a very famous man whom he has only met twice.  Strike gives me a way to talk in an objective, de-personalised way about the oddities that come with  fame.  While in the army, Strike had the anonymity he craved; now that he has left, he runs into people who make a lot of assumptions about him based purely on his parentage. The character’s surname came from a real (but  deceased) man mentioned in a slim book about Cornwall.
Strike’s assistant in this case, Robin, is a temporary secretary who arrives due to an oversight (he was under the impression that he had cancelled his contract with the temping agency, having no funds to pay).  Robin has hidden her  lifelong ambition to engage in detective work from everyone around her, including her fiancé.  She’s thrilled to find herself working with a private detective, but their relationship is not, initially, promising.
Robin initially finds Strike rather unattractive and unsympathetic, but soon starts to admire his work ethic and intelligence.  Meanwhile Strike, aware of his susceptibility as a newly single and isolated man, is determined not to  become over-fond or reliant on this helpful and undeniably sexy girl.  The resulting relationship, with its many awkwardnesses and a slowly emerging friendship, was a lot of fun to write. 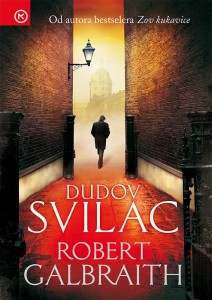 What is your process of writing these novels and is it different to how you write your other work?

I often start with a kernel of an idea then work out how to get there.  I plan and research a lot and know far more about the characters than actually ends up ever appearing in the books.  It is how I have always worked.
The third Strike novel I am currently writing has involved an insane amount of planning, the most I have done for any book I have written so far.  I have colour coded spreadsheets so I can keep a track of where I am going.
It was the same for the Harry Potter novels.  It’s well documented the level of detailed planning that went into those, which fans are now enjoying through Pottermore!
Generally I am quite disciplined in my writing and do try to have a set working day, but I don’t set myself targets of number of words to achieve.  Sometimes I consider I have had a good day if I have deleted a lot of words or have  simply done plenty of thinking. And I never write the title page until the book is finished.

t was recently announced that the BBC are to adapt the books for TV.   Why TV instead of film?  And how much will you be involved in this?

Yes, I am really excited by the prospect of seeing the books come to life on screen.   The storylines just seem to suit TV more than film.  There are already some great detective series on TV that work so well.
I’d like to work closely with the script writer on the storyline and adaptation, because of what I have planned in the future for the characters, but other than that I am happy to leave it up to the experts.

It has been reported that you have seven Cormoran Strike novels planned. Is this correct?

It’s not, there are actually more than that.  The beauty of writing these type of novels is that they each have their own discrete story, so the series is pretty open ended.  It will run for as long as I have stories to tell. 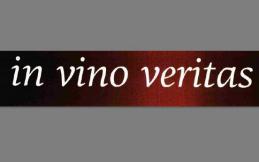